PHOTO BY WILL MUSGROVE Rodney Bakker is retiring from the Spirit Lake Police Department after serving the community for the past 31 years. In his three decades on the force, the lieutenant hasn’t once called in sick.

During his 31 years as a Spirit Lake officer, Rodney Bakker has been deployed on countless patrols, filled out numerous reports and responded to a copious amount of calls.But soon he will turn in his badge.

The lieutenant plans to retire at the end of the week. His final day on the force is Saturday, May 21.

“I really liked the challenge of the job,” Bakker said. “Every day you come in, you have no idea what is going to happen. I really enjoyed my time here. Plus, the pay was OK.”

Bakker grew up in Hull in a family of nine. It was in that small Iowa town where he met his wife while attending Boyden-Hull High School. The two married in 1980.

Bakker and his wife traveled to Appleton, Wisconsin. There he earned his associate’s degree in police science at Fox Valley Technical College.

In 1985, Bakker enlisted into the Iowa Law Enforcement Academy in Johnston. He said his brother, who was also an officer, inspired him to become a cop.

Bakker worked at the Akron Police Department for seven months after graduating from the academy. He decided to join SLPD in September of 1985.

“I liked the Lakes Area,” Bakker said. “We once in a while vacationed there when I was a kid. There’s lots of hunting and fishing here, which are things I enjoy doing, so we thought it’d be a great fit.”

Bakker wanted to continue his education. He enrolled into Bellevue University while still serving on the Spirit Lake Police Department. After a year driving down to Sioux City every Thursday night, he eventually obtained his bachelor’s degree in criminal justice.

“Getting your degree gives you more background and education,” the 1996 Bellevue graduate said. “It also allows you to move up in the ranks if you want.”

Not much changed in Bakker’s three decades of protecting the Spirit Lake community. He said “crime is crime” and that he is still going on calls today that he did years prior.

Despite the basics of law enforcement remaining the same, technology was constantly evolving, for better or worse.

“In some ways technology has made the job a little easier, in other ways it has made it more stressful,” Bakker said. “Everything is on computers now. When I first started, traffic tickets, accident reports, incident reports, you wrote them all out by hand, including the narrative. You rarely pick up a pen now.”

Now that he is older, Bakker finds himself serving as a role model for some of the younger officers. He often fields questions about codes and ordinances.

“I pretty much know all the codes and ordinances, the numbers and everything,” Bakker said. “A lot of times, young officers will call me or just ask me for a little advice.

“I was hired to enforce the law and that’s what I have been doing. I stay active. I say that to the younger guys all the time. If you want to fight burnout, stay active and do the job you were trained to do.”

Good attendance might be another lesson shared by the outgoing lieutenant. Bakker never called in sick during his 31 years with the Spirit Lake Police Department.

Bakker was sent on some unusual calls in his time on the force, from replacing batteries in smoke detectors to pest control.

“In a small town we do everything,” Bakker said. “There was a house I went to one night where a lady pointed to couple of closed doors. She said ‘the bat is behind that door, and my husband is hiding behind that door.’ We do all kinds of calls, good and bad.”

An officer may retire when he or she turns 55 years old. Bakker, who is 56, elected to stay on for an extra year, but he said being a cop is a “young man’s game.”

“The average age of the people that we deal with, fight with, is 25,” Bakker said. “They are strong and full of energy and probably on drugs or drunk. You can easily get hurt when you are older.”

Bakker hopes to keep working full-time. He said he will be helping in the back at Fisherman’s Factory Outlet in Spirit Lake.

“I’m too young to quit work altogether,” Bakker said. “I’ve worked hard all my life. I actually don’t have to work if I don’t want to, but I don’t know what else I would do.”

Although he is looking forward to his new job, Bakker said he will always be an officer at heart.

“There are two things I would do again in my life if I could start over,” Bakker said. “One would be marry my wife, the other would be a cop. I enjoy the camaraderie with the other officers. I’ve gotten to know officers in all different agencies around the county and some out of the county. You get to become friends because you count on each other so much each day.”

Police Chief Jeff Hanson said the department is losing one of its most valuable and experienced officers.

“When I first started here, Rodney taught me a lot,” Hanson said. “He has an abundance of knowledge about the job. We are going to be losing 31 years of experience. Doing this job for 31 years is quite an accomplishment. A person has to sacrifice a lot for this job.”

The Spirit Lake Police Department will host an event from 2-4 p.m. on Monday, May 21, at the Spirit Lake City Hall to honor Bakker’s career. 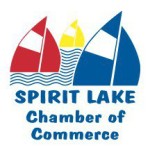 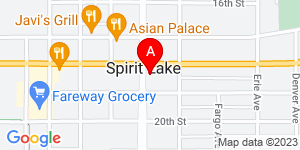 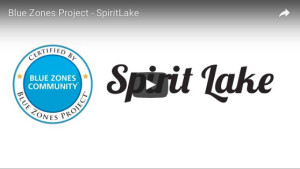